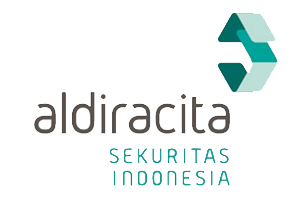 Solid consumer confidence data in Europe and the US played a major role in driving the overnight stocks north. The US stock markets eked out last night while the European counterpart posted moderate gains a few hours earlier. The US stocks advanced last night sending the major benchmarks to close slightly higher. June's consumer confidence index came above expectations and was the highest since Feb 2020. The data supported the US markets last night sending the major indices to head north. Dow and S&P eked out 0.03% while Nasdaq ticked up 0.2% on Tuesday's session. From Europe, the stock markets had closed stronger a few hours earlier. Eurozone economic sentiment jumped to a 21 year high as investors are upbeat on further reopening and relaxation restrictions. Major indices London rose 0.2%, Paris was up by 0.1% and Frankfurt surged 0.9% last night. The other equity markets in the continent gained between 0.4-1% on Tuesday. JCI had another volatile day as mixed sentiment continued to linger. Nevertheless, the market managed to post little gain and settled in a positive area yesterday despite the regional market trading weaker. Expect the Indo stock market to extend its volatility trend and is likely to close lower as the government to implement Emergency PPKM (Emergency Business and Activity Restriction) soon. The measure is taken to control the spike of Covid cases in the country. • Government plans to implement emergency PPKM Micro-scale restrictions imposed on public activities (PPKM) are going to enter emergency state started from 2 Jul to 20 Jul 21. The official announcement would be released soon by government. (Kontan) What we think: The action would weigh on the JCI because it has more likeliness to hurt current economic than previous PPKM implementation, especially retail sector. • PPRE added more budget for capex this year PP Presisi (PPRE) prepared more capex this year to IDR600B from previously IDR336B to support additional new project of more than IDR1.5T this year from mining services. (Kontan) What we think: We see the company’s action to allocate more capex this year was reasonable as it had a good start by achieving on new contracts acquired of IDR2.2T as of the end of May 21, which was 60% of the total target this year. • PPRO paid its IDR400B bonds payable PP Properti (PPRO) has paid IDR400B for Obligasi I PP Properti 2016 B Series that will mature at 1 of Jul 21. (Kontan)) What we think: As the company has pile up inventories which mostly was on construction progress, the parent company (PTPP) gave financial support facilities to cover incoming mature debt payment. The recent loan facility given from parent company on 25 Mar 21 was amounted of IDR4T. Home